Function: According to different fabrics, the umbrella can effectively prevent the ultraviolet rays in the sun from radiating to the human body, and it can also be used as an ordinary umbrella to prevent rain.

Features: According to different users, this umbrella can be made into a variety of styles such as two-fold, three-fold, four-fold, and five-fold.

The most important feature of folding umbrellas is convenience, practicality and folding. It is small in size and very convenient to carry. It can be placed in a carry-on handbag or in a pocket for your convenience at any time. When the umbrella was opened, the advertisements on the umbrella began to propagate at that moment, all over every corner.

Function: Effectively prevent the ultraviolet rays in the sun from radiating to the human body.

Features: The umbrella is very convenient to unfold. There is only a small switch, which can be turned on with a light press, which is very convenient. As a corporate gift, it has a strong advertising effect and strong influence. Especially the curved umbrella can also be used as a crutch for the elderly. 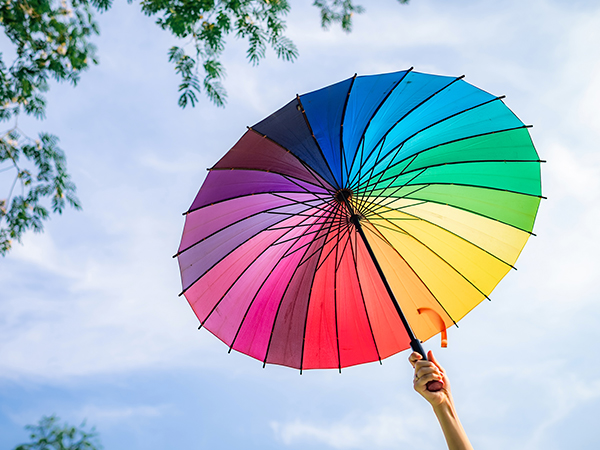 Function: UV protection, can be used as an umbrella.

Features: In all umbrellas, it has always been a noble and elegant role, and has always been in the position of umbrella boss. The umbrella has a large umbrella shape and good windproof effect. If the entire umbrella is blown over by a strong wind, it will not be damaged. Golf umbrellas are mostly used in airports, golf courses, and high-grade crowds.

Function: Suitable for outdoor use alone. The sun umbrella has a large umbrella shape and a large advertising area. It can prevent wind, sun and rain. Tables and chairs can be placed under the umbrella; suitable for outdoor promotional activities and large and medium-sized performances.